A deep dive into the diverse programming on offer at this year’s Available Light Film Festival.

This year, the Available Light Film Festival turns 20. Co-founded in 2003 by Festival Director Andrew Connors and the Yukon Film Society Board, this unique Canadian film festival, which takes place in Whitehorse in the Yukon, sets itself apart not only for its sub-zero temperatures, but for its incredibly diverse range of programming. If this year’s lineup is any indication, the face of Canadian cinema is changing, and multifaceted works by Indigenous and diverse voices are now the rule, not the exception. This echoes this year’s historic fleet of nominations at the Academy of Canadian Cinema, in which Scarborough by Shasha Nakhai and Rich Williamson, and Night Raiders by Danis Goulet lead with 11 nominations each, including Best Motion Picture.

To get a sense of Available Light’s commitment to programming stories by diverse creators, one could begin with the festival’s opening night film, Wildhood, which boasts six Screen Award nods. Bretten Hannam’s energetic sophomore feature centers on Link (newcomer Phillip Letwitski), a two-spirited Mi’kmaw teenager searching for the identity of their mother who eventually sets on a road trip with his half brother Travis (Avary Winters-Anthony), picking up the flirtatious Pasmay (Joshua Odjick) and a baker named Smokey (iconic character actor Michael Greyeyes) along the way. While Hannam’s charming road movie delves into darker themes of parental abuse and queer trauma, it is intended to liberate and uplift viewers.

“It is easy when you’re dealing with this type of story to become too heavy, or dwell in melodrama, but the goal was to play characters who are real and complex and occasionally contradictory,” said Hannam in an interview with Salon. “I’m done with Indigenous and queer characters that are sad or hard all the time.”

Indigenous works like Wildhood are not only finding their audience at Available Light, but are being created across many disciplines and styles of filmmaking. Content ranges from heartfelt documentaries (such as Elle-Máijá Tailfeathers’ Kímmapiiyipitssini: The Meaning of Empathy) to slacker coming of age dramedies (Trevor Mack’s Portraits From a Fire and Zoe Hopkins’ Run Woman Run) to experimental short films. Available Light’s shorts programmer Siku Allooloo shot her movie Spirit Emulsion on a Super 8 camera and developed her footage with a tincture that includes Douglas Fir pine needles and hibiscus flowers. Allooloo’s stirring tribute to her mother and Taíno heritage uses the materiality of film to transcend her images into a celestial realm.

Works made by Indigenous women at Available Light depict strong and complex female protagonists finding the power to heal their communities and themselves. This includes Danis Goulet’s acclaimed dystopian sci-fi thriller Night Raiders, a $10 million dollar action film, executive produced by Taika Waititi. (Attendees can also stream a Creator Talk where the director speaks on the ethics and best practices to make art in small communities.) Reclaiming Blockbuster franchises like The Hunger Games with a powerful Indigenous lens, Goulet’s groundbreaking genre film shows a young mother Niska (played by filmmaker and actor Elle-Máijá Tailfeathers) fighting to protect her daughter Waseese (Brooklyn Letexier-Hart) from being taken and placed into a state education camp. Eventually Niska joins a group of Cree vigilantes in the fight for her community’s liberation as the film builds to a cathartic and unforgettable climax.

By recontextualizing Canada’s traumatic past of residential schools and colonialism, Goulet illustrates how genre cinema can be reclaimed by Indigenous filmmakers to build new cinematic worlds. “There is so much loss when it comes to what happened in Canada to Indigenous people,” said Goulet in an interview with Variety in 2021, “and yet there is so much that survives. Setting a story in the future frees you up creatively to talk about the past and the present in an imagined context.”

This continuum between the past and present has never been more present at the festival. 20 years ago, Available Light began with an inaugural screening of Zacharias Kunuk’s Atanarjuat: The Fast Runner. In 2022, Kunuk returned with a new stop-motion animated short film, The Shaman’s Apprentice. The artist also took part in a Creator Talk, which viewers can stream online, where he speaks on his formidable legacy as an Indigeous creator across many disciplines.

Night Raiders’ charismatic star Elle-Máijá Tailfeathers (also a co-director of 2019 selection The Body Remembers When The World Broke Open) also does double duty at Available Light this year, with the launch of her feature documentary Kímmapiiyipitssini: The Meaning of Empathy. Tailfeathers’ turns her camera on her people of Kanai First Nation, examining how healthcare workers and community leaders use strategies of harm reduction to fight against the opioid crisis. The film is one of four empathetic documentary portraits of Indigenous peoples. Other highlights include Haida director Heather Hatch’s Wochiigii lo: End of the Peace, about West Moberly First Nation’s decades-long battle against a looming BC hydro mega project, and Brooke Swaney’s Daughter of a Lost Bird, an intimate portrait of an Indigeous woman put up for adoption which touches on controversial issues of cultural assimilation.

But if you’re looking for a complex immigrant story, it doesn’t get any more complicated than the heartbreaking romance at the center of Martin Edralin’s humane feature Islands. The film premiered at SXSW in 2021, where the compassionate portrait of Joshua, a middle-aged Filipino immigrant struggling with caring for his ailing parents in suburban Toronto, was widely celebrated, winning lead actor Rogelio Balagtas a Special Jury Award for his first-ever acting role. Joshua’s unexpected crush on his cousin Marisol (Sheila Lotuaco), who ends up moving in to help Joshua take care of his dying father, shows a dead soul snapping to attention and is done with immense subtlety and tenderness. Little details capture the nuances of Filipino food, music, and family life, with dialogue entirely spoken in Tagalog.

“Filipino culture is quite bright, fun and sometimes campy,” said Edralin to Filmmaker Magazine at the time of his movie’s release. “I’d actually love for my next narrative film to keep going with this, because Filipino culture is just not in the media. Everybody knows Filipinos, but nobody knows who we really are.”

The same could be said about the borough of Scarborough, an area of Toronto put on the map by cultural ambassadors like Drake, Stephan James, and The Weeknd.  Co-directors Shasha Nakai and Rich Williamson spent three years shooting their $125,000 adaptation of Catherine Hernadez’s beloved novel in the Toronto suburb, and their hard-won commitment has paid off with industry accolades. Now, Scarborough is one of three contenders for the $100,000 Toronto Film Critics’ Award for “Best Canadian Feature” (Goulet’s Night Raiders is another) and was the runner-up for the People’s Choice Award at TIFF.

Sparking comparisons to Sean Baker’s The Florida Project, Scarborough follows three unforgettable young protagonists during a year of tumult as they bond at an after school reading program for low-income families. Bing, a young Filipino boy played by Liam Diaz, Sylvie, a cheerful young Indigenous girl played by Essence Fox, and Laura, a withdrawn girl played by Anna Claire Beitel, all face extreme issues of poverty and parental abandonment, but the film remains an uplifting crowd pleaser, thanks to the incredible performances by young leads, two of which are nominated at the Canadian Screen Awards. In a Q&A with Available Light, the co-directors detailed how their experience of shooting Scarborough transformed their relationship with the neighbourhood, and helped them realize the urgent need Canadians of all ages have to see themselves on screen.
While the pandemic has again forced Available Light into a hybrid format, the festival’s incredible range of programming proves that Canadian creators must continue telling their stories, by any means necessary. The festival runs until Feb. 28th, with live screenings running every day at the recently restored Yukon Theatre, and online on the festival’s streaming platform Eventive. This year, the festival will donate one dollar from every ticket to Blood Ties Four Directions, a Yukon-based harm reduction centre that offers support and outreach services to those living with HIV and Hepatitis C.

Discover the lineup of Available Light 2022, and also watch international works like the Academy Award-nominated The Worst Person in the World, and Levan Koguashvili’s Brighton 4th via their official online hub at https://watch.eventive.org/alff2022.

Canada Goose is a proud sponsor of the Available Light Film Festival (ALFF) as Presenting Partner of ALFF 2022 for the second year, which includes the juried filmmaker award, Made in the North, designed to recognize and advance underrepresented voices and stories of Black, Indigenous, people of colour, and LGBTQ2S+ Canadian filmmakers with a focus on those living in the northern territories. 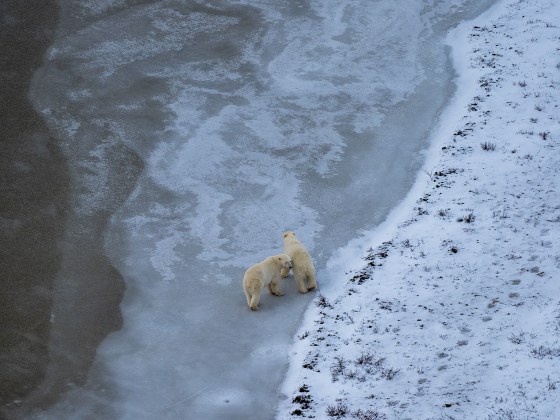 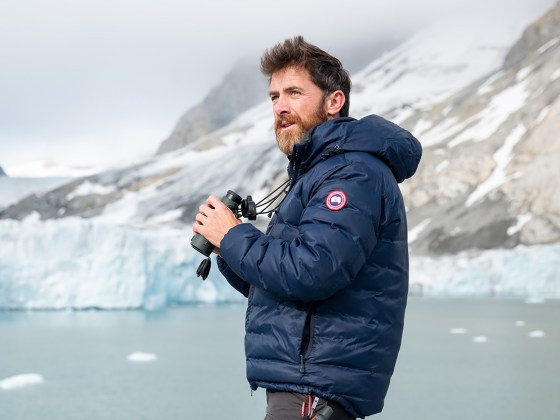