Last November, we took ten members from our Basecamp community up to Churchill, Manitoba to meet our partners at Polar Bears International and experience the magic of polar bear season firsthand—the time of year when polar bears migrate to the shores of Hudson Bay as the sea ice begins to freeze. “I heard that nine hundred polar bears pass through town,” said Steve from Newbury, Ontario, one of our community members on the trip. “And that’s the same population as Churchill! That’s one polar bear per person!”

But polar bears aren’t the only ones to make Churchill’s population swell during this time of year. Eco-conscious tourists and conservationists alike flock to this remote city in Northern Manitoba between October and November, all hoping for the same thing: to see the wild polar bears up close, thanks to Churchill’s signature method of observation and transport, the Tundra Buggy.

Part school bus, part tricked-out all-terrain vehicle, the Tundra Buggy is how polar bear fanatics travel across the vast terrain of Churchill’s sub-Arctic landscape, rolling with ease across meters-high drifts of snow, half-frozen rivers and icy slopes—all in search of polar bears, who are perfectly camouflaged with their surroundings. The process of spotting just one can take hours.

It still feels surreal. It’s not every day you get to see a polar bear in the wild.

“You have to go looking for them. It’s not like they’re sitting there, waiting for you,” said Basecamp member YC, from Resolute Bay, Hong Kong. “This is the bears’ habitat and we are the exhibit, the visitors. We’re enclosed looking at them and they’re free, walking around and doing their thing while we’re stuck in the Tundra Buggy. It still feels surreal. It’s not every day you get to see a polar bear in the wild.”

For other community members, it was a bucket-list trip, finally realized. “I first heard of Churchill a few years ago—probably through researching national parks,” said Adam, from Conception Bay South, Newfoundland. “I found out you could see the polar bears, so it’s been on my list since then. But it’s not an easy place to get to and it’s very expensive. I figured at some point in my life I’d get here, but not this quickly!”

Jennifer, from Corona, California, also felt like it was a far-fetched dream come true: “For me, getting into the Tundra Buggy—that was the moment when it all felt real: ‘I’m going out on the tundra!’ The past twenty years I have dreamt about being able to do something like this,” she said. “Yes, seeing a polar bear was awesome. But, that first moment of realizing, ‘We’re really going out on the tundra, we’re going to look for a polar bear!’—that realization of actually being here [in Churchill], it was just as amazing.”

While it’s true that most tourists in Churchill are lucky to experience the thrill of seeing polar bears, few visitors are accompanied out on the tundra by the team from Polar Bears International. Canada Goose’s longstanding partnership with PBI allowed our community members to get face-to-face with PBI’s senior director of conservation, Geoff York, and scientist Ian Stirling. From sharing basic polar bear facts (Did you know that mother polar bears typically give birth in December—and then spend the next four to eight months nurturing the cubs in their den, without eating or drinking the entire time?) to deeper discussions about the rapidly changing ecosystem throughout the North, the time together was used to deliver on PBI’s belief that “knowledge is a catalyst for change and inspiration is more powerful than fear.”

For Jordan, from Cambridgeshire, England, these conversations with PBI were eye-opening. “I knew about polar bears and how they lived, but I didn’t know as much as I should know. One of the things that intrigued me was [learning] how the polar bears migrated onto the sea ice from land—and they do that through Churchill. They need to get onto Hudson Bay as it freezes so they can hunt seals. Also [I didn’t know] that they fast for [so many] months of the year—that really shows how dependant they are on the sea ice, that shows how important it is that we reduce climate change.”

YC also felt a deeper connection to polar bears—and the Arctic climate—after talking with the team from PBI. “We were told that because of global warming the sea is taking about a week or two later to freeze up—that means the bears have to wait before they find food. Also, the sea is breaking up one to two weeks earlier than normal, so that means the polar bears [end the hunting season with] less food. I heard the statistic that almost twenty per cent of the population won’t make it over the course of one cycle—and that’s on us. We have to take care and be more aware of the environment.”

Indeed, sharing what they experienced in Churchill in hopes of driving action in their communities at home is something every Basecamp member on the trip said they were inspired to do. “I think understanding that as remote a place as this is, we’re all connected,” said David Jennifer’s partner. “What happens in California, for instance, affects what happens five, six thousand miles away. I think a lot of the time people don’t understand that—they think ‘Oh, it’s so remote, it’s just not part of the world.’ It is! Just because [we] don’t or can’t go there—that doesn’t mean it doesn’t exist. To be able to do what we’re doing—capturing these moments on film and allowing people to see what’s going on up here—that’s really important. Now I can take this information and share it with my children, coworkers, friends and say, ‘Look here are the photos, here’s the proof.’”

Jennifer echoed this sentiment: “Everything’s connected—and I do think that people understand that to a certain degree, but seeing it makes it more real. Learning about the whole process of their life, how polar bears live on and off the sea ice—and how important sea ice is to polar bears. Seeing the impact that [the current weather] has on the sea ice and that a one- or two-degree change in temperature [can keep the polar bears from hunting for weeks]. I don’t think people realize that small things change the world.”

She also viewed her role as a teacher as especially crucial. “There’s so much I want to take back to my students about the environment and polar bears,” said Jennifer. “I definitely was looking at it from the eye of a student and I’m excited to bring back this experience to my students so they can have it as well.”

Inspired to find out more about the work Polar Bears International does or want to plan your own trip to Churchill? Join our Basecamp community to learn about future experiences and discover more about PBI here. 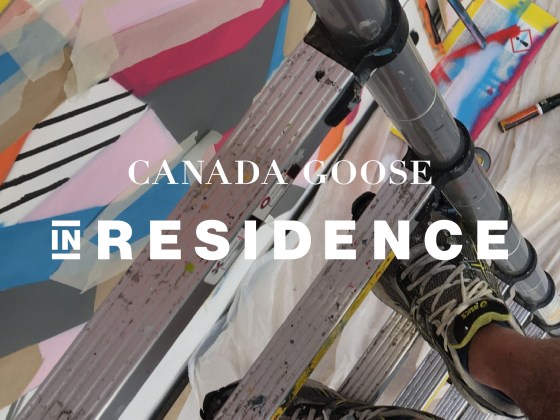 Meet the artists transforming our storefronts

As part of the new In Residence program, six creatives from around the globe took over Canada Goose’s storefront windows in six major cities.
Read more 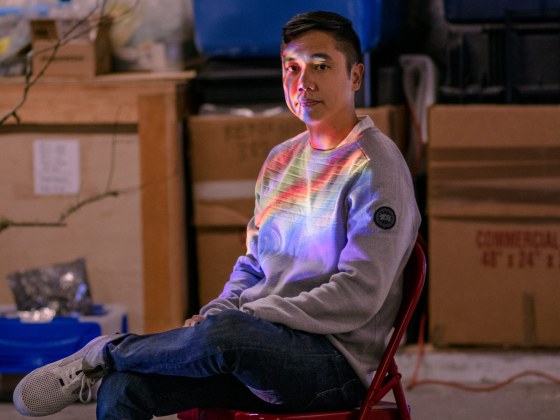 Let the light in with James Clar

How this artist finds his creative spark in nature—and technology.
Read more 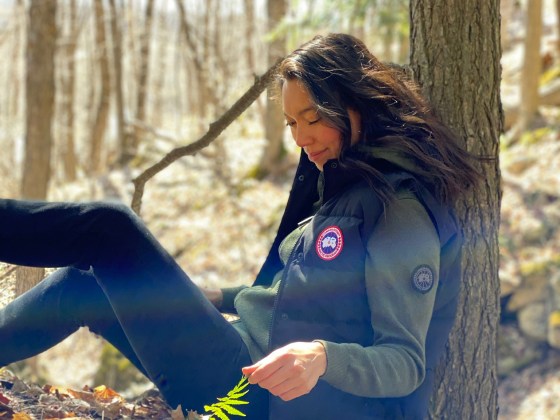 From the rhythms and rituals she’s practicing while sheltering at home to how she’s navigating this new normal, Sarain Fox shares her tips.
Read more 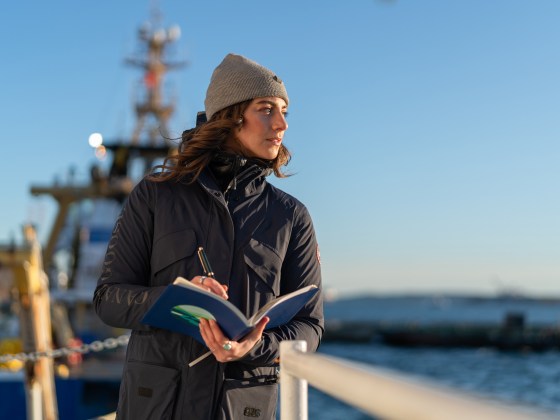 Women Who Rule the Waves

Meet two scientists who rely on our tactical rainwear to get the job done.
Read more 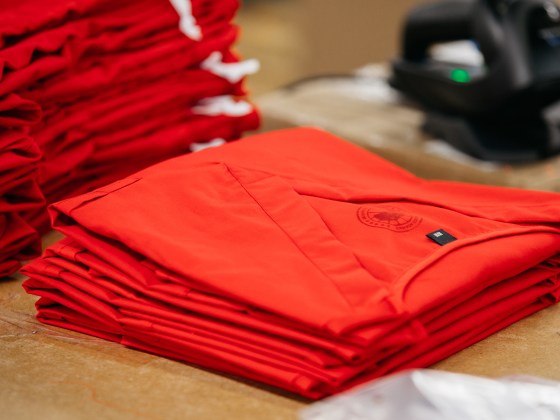 We’re all in this together: Go inside our Canada Goose Response Program manufacturing process

We find ourselves in a unique position as a Canadian manufacturer to help our community in this unprecedented time of need.
Read more 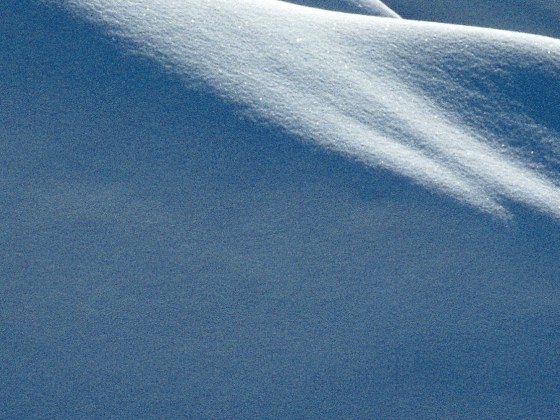 Immerse Yourself in the Elements of Winter

Press pause on whatever has your attention, and marvel at the majesty of these scenes from Whistler, British Columbia on Canada’s west coast.
Read more 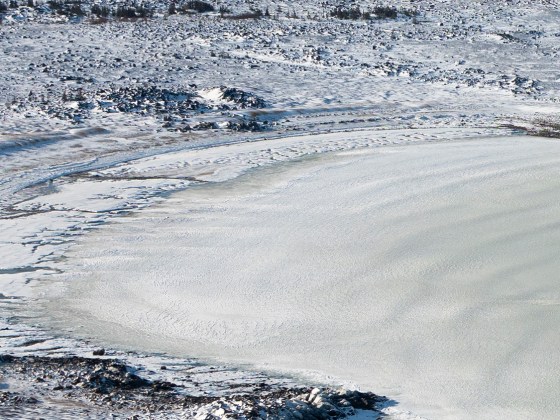 Immerse Yourself in the Elements: Churchill, Manitoba

Pay attention to the sound of snow crunching under a polar bear’s feet, and sound of the wind as it sweeps across the snow-covered ground. Allow yourself, for just a moment, to simply…be.
Read more 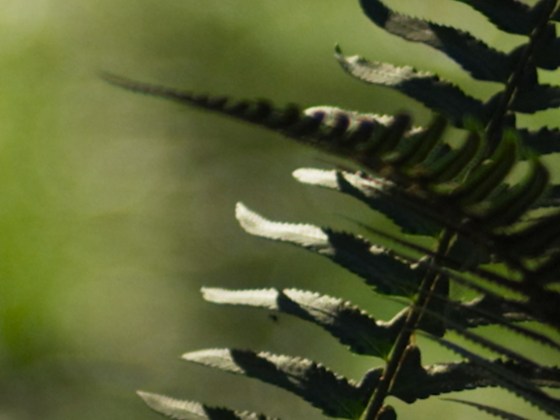 Immerse Yourself in the Elements of Spring

Be present and allow your mind to slow as you take in the wonder of the world’s intricacy. Let this moment, captured in a coastal forest at Canada’s western edge, be your escape from the busyness of life.
Read more