Learn more about our first sustainable film, A Journey To Live In The Open with Aldo Kane, created with environmentally-conscious practices in mind.

A film set can be a pretty enchanting place: A commune of passionate creatives and craftspeople all working towards the same goal: to make art and, ideally, inspire mutual dialogue around the human experience. Most may not realize that the average film set can also be incredibly wasteful. From plastics to fuel for trailer generators, greenhouse gases from travel, and set materials, productions can leave massive carbon footprints and lasting environmental damage. In 2018, Columbia University’s Earth Institute investigated the overall impact the entertainment industry has on the world. The statistic is staggering: A $50-million-dollar film, on average, can produce the equivalent of 4,000 metric tons of CO2. That’s roughly the weight of a giant sequoia tree.

The new realities of going green are steep, but some people who work in the industry are committing to climbing that mountain. It can be done – and it is. A new collective is forming, not only in Hollywood proper, but also with indie filmmakers, creative agencies, and independent film companies who are conscientious towards leaving a smaller environmental footprint.

This movement really inspired us to act. As a brand, we are pursuing an aggressive agenda towards a more sustainable future, and this philosophy extends into our long-standing connection to the world of film. For 25 years, Canada Goose has played a supporting role in making movies, and our particular relationship with film crews is built out of a shared enthusiasm for storytelling. That’s why we partnered with a sustainably-driven creative film agency to help us shoot our first-ever sustainable film.

It’s a first for us in our history, but we’re kind of used to that. Pushing conventional boundaries is a challenge we embrace, although we’re also quick to admit that this project was a particularly provoking one. Partnering with Goose Friend, Aldo Kane, a record-setting world adventurer and an extreme, remote, and hostile locations expert, we ventured to Dartmoor in the United Kingdom to shoot an outdoor experience like no other: A Journey To live In The Open with Aldo Kane. His job: to host a group of emerging talent in the film industry—Ben Hardy, Arnold Oceng, and Karla Simone Spence—to put them through the rigorous paces of living life in the open.

Over the course of a day they explored Dartmoor National Park, abseiling, zip-lining, traversing the rugged terrain, and canoeing across lakes putting both their bodies and minds to the ultimate test. We captured it all, and we did it with Nuevo Creative Agency—the creative film agency who was also tasked with a heady ask: Shoot everything as sustainably as possible.

“Consciousness should not curb creativity, and creativity should not kill the planet,” says Jodie Simpson, Head of Client Services at Nuevo Creative Group. “Our passion for the environment underpins all that we do, and if we can’t find a way to do things as sustainability as we want, we then research and hone our processes and also offset our carbon footprint at the end of each year.”

Simpson refers to this as the “power of local”: From carefully choosing locations that they have previously worked with (to avoid additional recce days); banking on a local freelance team to shoot, plus charging all of their kits through solar energy, avoiding single-use plastics, and keeping treatments digital, they take these strategies to every project, refining processes as they go so they can eventually achieve their goal of total carbon neutrality. (They also pledge 5% of all their profits to eco-friendly and sustainable start-ups to help them get off the ground.)  “There will never be a point where we say “We’ve learned it all,” says Simpson. “Every shoot brings a new learning curve, a new way of doing things, and a new method for a more sustainable shoot.”

When storyboarding A Journey To Live In The Open with Aldo Kane, Nuevo’s Head of Creative, Sam Seely knew he wanted to stretch the limits of creativity without jeopardizing the planet. With multiple locations across the U.K. under consideration, Seely and the team agreed that Dartmoor National Park, a vast moorland of forests, wetlands, and rock formations in southwest England, was not only the most fitting location visually but also the most sustainable. Banking on their own personal knowledge of the site and area, they could reduce the number of location recces during the pre-development phase. This also translated to lowering their location risk assessments where they employed accredited local rope and water safety experts who use the areas daily.

“By working with brands like Canada Goose, those that share the drive and passion for positive change, it enables us to be creative, be sustainable, and harvest that rich engagement in a way that isn’t detrimental to the environment,” he says. “We took great care in selecting our team for this journey by ensuring not only that they could provide more than one role to the collective, but they also had a deep passion for living in the open.”

This isn’t rhetoric, as much as it is a rallying cry. For Simpson and Seely, protecting the environment isn’t just a professional responsibility; it’s become a deeply personal one, too, especially in this new reality we all find ourselves in. “There is no better time than the present, in these unprecedented times, to bring us back to the basics in the best possible way,” says Simpson. “We have realized, quite profoundly, our reliance on nature for our physical and mental health, and all of a sudden something we have worked on and planned for years just snowballed into an even bigger commitment to protecting our planet. We don’t want to waste any more time talking about it — we want to run with it.”

Seely is quick to agree on the speed at which the team wants to act: his first child is due next year, and it’s his future family he’s got to think about. “I want my children to have the ability to experience the wealth of nature and to be able to live in the open, not just watch it or read about it,” he says. “I remember when I was working on a job in the South China Sea. I was sitting at 100 feet on the side door of a Wildcat helicopter, and daily I witnessed the colossal plague of plastic harboring on the water’s surface. As someone who loves to swim and surf, the sight shocked me, and I realized that if the ocean (and by and large the earth) take care of me, and maintains my health, then I have to do the same thing for it.” 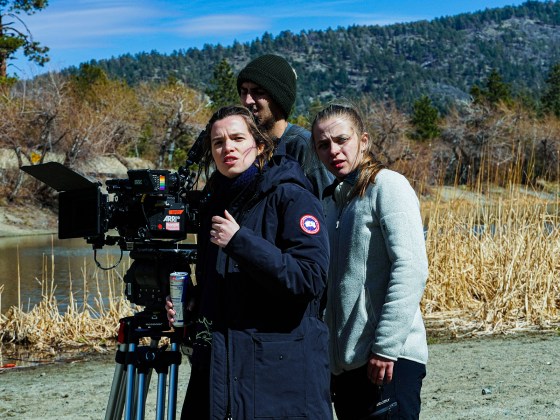 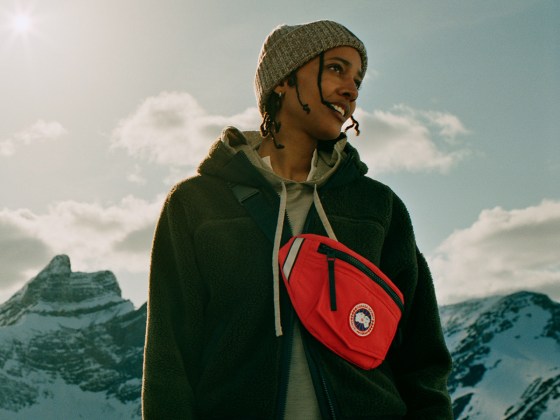 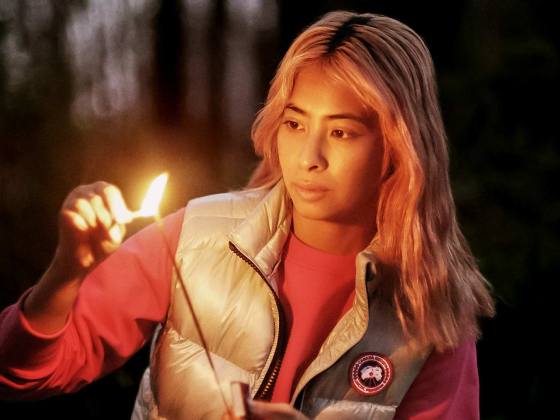